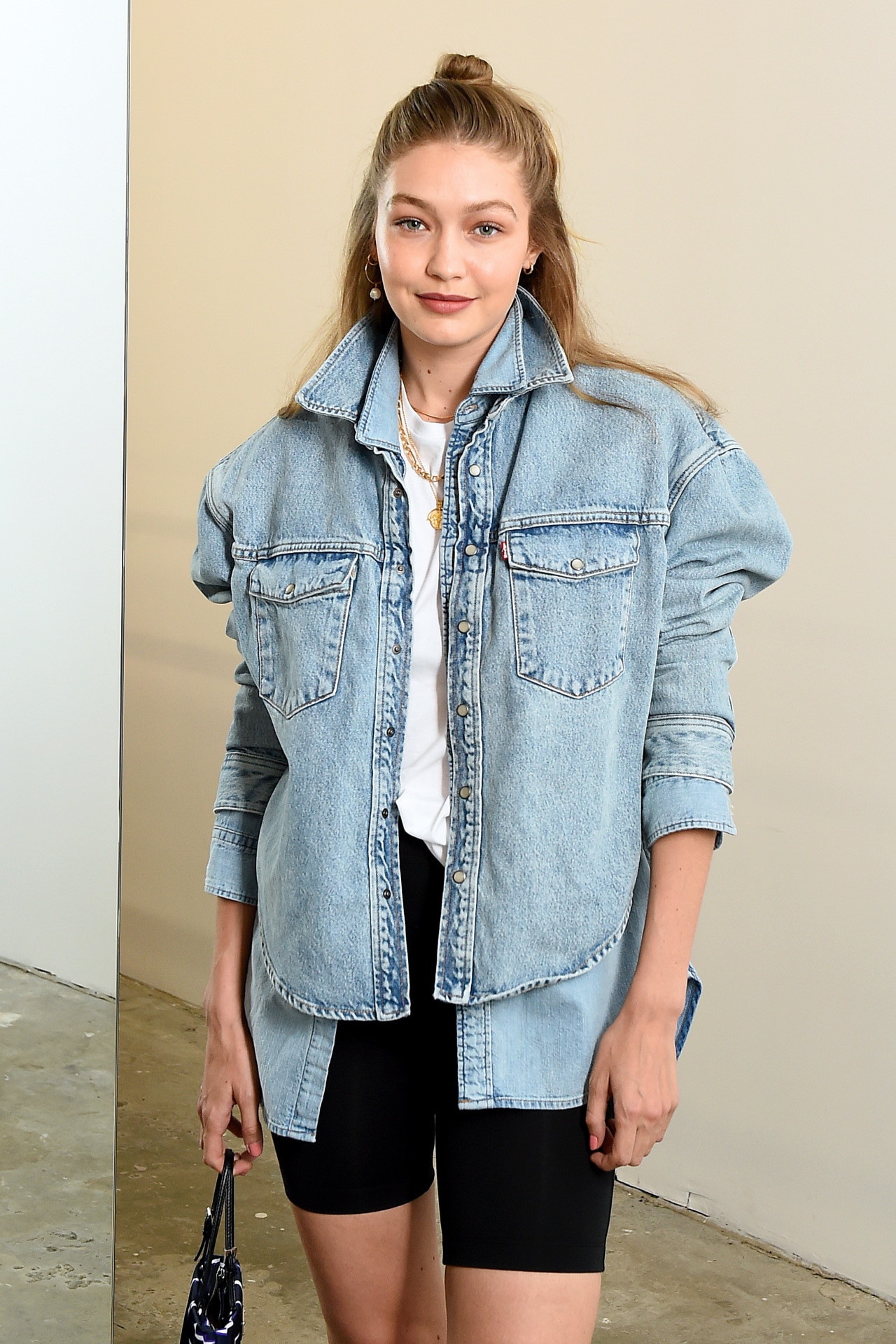 The supermodel took one of the bags from the Alexander Wang x Bulgari Collection, launched this week, for a spin.

When news broke that Alexander Wang was collaborating with Bulgari on a line of handbags inspired by the jewellery house’s iconic Serpenti line, it was only a matter of time before his muses started wearing them. The designer’s fashion-forward ‘Wang gang’ has always had first dibs on his clothes and this week his capsule collection received a show-stopping street style debut thanks to Gigi Hadid. Spotted in New York yesterday morning wearing the seafoam green convertible belt bag, Hadid elevated an otherwise casual look with her luxurious purse.

Dressed in a Boys Lie tank top, ripped Re/Done jeans, and with a coordinating Chrome Hearts x Matty boy sweatshirt draped over her shoulders, Hadid channeled the spirit of ‘90s grunge. Her glossy Doc Martens and Velvet Canyon tortoiseshell bubble sunglasses may have been fit for Lollapalooza, but the belt bag with its classic shape and snake clasp added a touch of sophistication.

Since acquiring her Bulgari piece, Hadid has incorporated it into multiple looks, most notably the cream Ciao Lucia peplum top and Kendall Jenner x Ksubi denim she wore for date night on Tuesday night with her rumored new boyfriend Tyler Cameron. Dressed up or down, the versatile purse connects with multiple trends thanks to its petite size, convertible straps, and unexpected color—Hadid is clearly enjoying hers. Non-supermodels will have to wait until the collection’s September 7 launch to get their hands on Wang’s latest it item.

This doctor said “fat vaginas” are to blame for rising c-sections, and that’s obviously...

A much-loved member of the Vogue family, Peter Lindbergh has sadly passed away at...

All the innovative ways to tie a belt like Meghan Markle