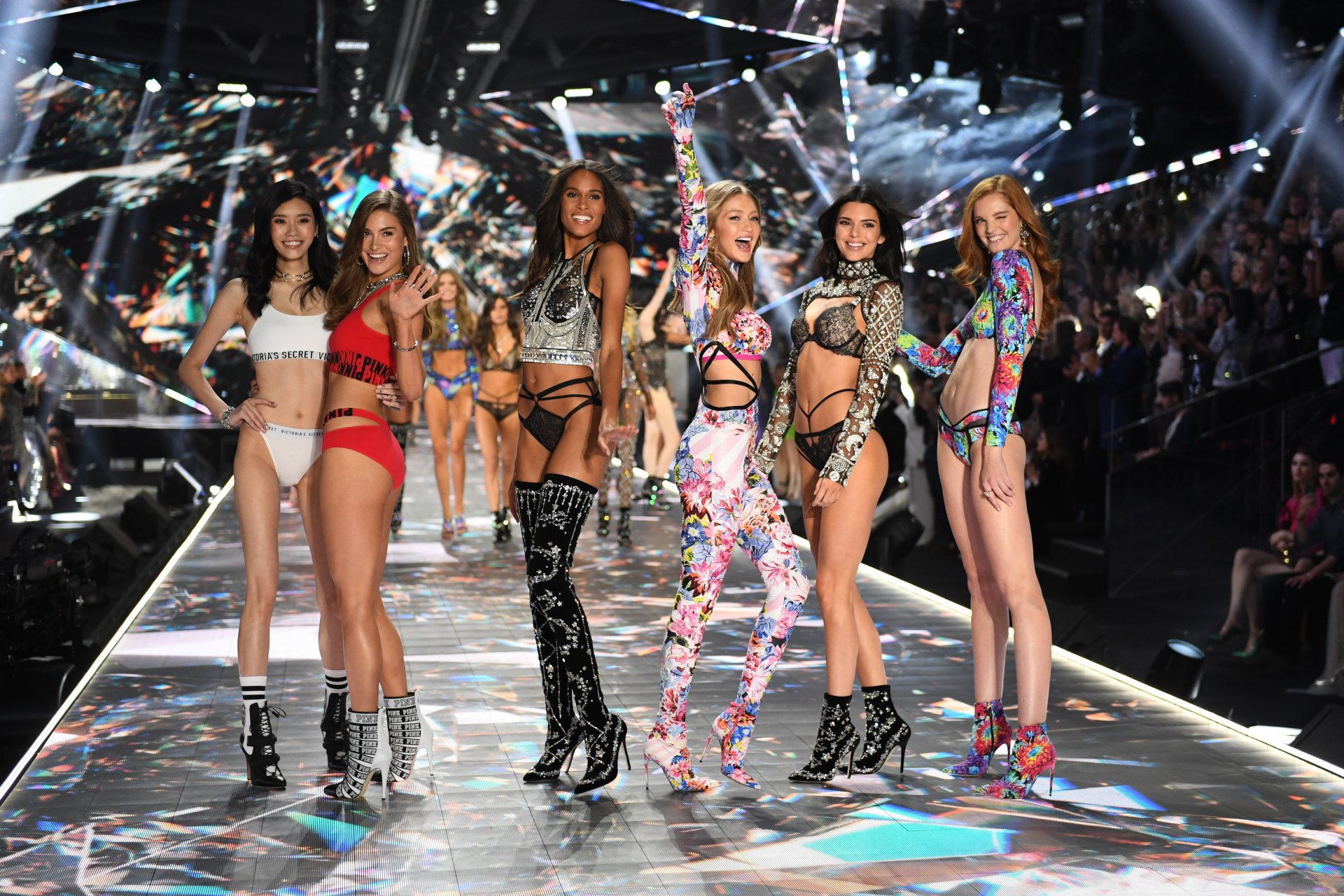 From leadership changes to models speaking up.

Victoria’s Secret has always been a lingerie brand with a difference thanks to their annual televised fashion show, a dazzling spectacular featuring over-the-top wings, the always eye-catching Fantasy Bra and models so glamorous they look to have descended from the heavens (fittingly, the brand select a number of these models to be the brand’s “Angels”).

However, in the era of Time’s Up and #MeToo and with the wind of change within the fashion industry around inclusivity, the brand has been under pressure to update and move with the times.

Viewership figures for the annual Victoria’s Secret Fashion Show for the past several years, while still large — reportedly 3.3 million for 2018’s show — have reportedly been declining for years. Add to that the brand’s chief marketing officer, Ed Razek’s, controversial statements (which he has since apologised for) about who the brand would and wouldn’t cast in the show in an interview last year and it seemed inevitable that the lingerie brand required a transformation to survive.

While the brand hasn’t yet commented on this possible cancellation it does potentially signal a big shift in the identity of the band.

Earlier this week, news emerged that Victoria’s Secret had reportedly hired its first transgender model, Valentina Sampaio. The 22-year-old Brazilian model shared the news of her casting by posting on social media from backstage at a Victoria’s Secret campaign shoot.

Following Sampaio’s reported casting, The Cut reports over 100 models including Carolyn Murphy, Gemma Ward, Doutzen Kroes, Christy Turlington Burns, Karen Elson, and Robyn Lawley “signed an open letter [drafted by the Model Alliance] addressed directly to Victoria’s Secret, petitioning the lingerie brand to take concrete actions in protecting models against sexual misconduct.” According to The Cut the company has yet to respond to the letter but is reportedly in “conversation with the Model Alliance”.

Overnight, Business of Fashion reported the company’s chief marketing officer, Ed Razek, is stepping down from his role in the company. Per the publication, Razek’s departure was announced in a memo sent by L Brands chairman and CEO, Leslie Wexner, earlier this week, which noted that Razek, 71, is retiring.

What does all of this mean for Victoria’s Secret as we know it? We’ll have to wait and see.

The Weasley family reunited, and we’re putting on our monogrammed sweaters in celebration

Working Out in the Great Outdoors