What’s in a name? When it comes to the “hobo bag”—first used to describe homeless workers in America at the end of the 19th century; and now in reference to handbags sold for upwards of £1,000—it’s long overdue a rethink.

Scroll through the handbag section of luxury online shops and you’ll see a pattern of style names emerge—duffle, bowling, clutch and one that always seems misplaced: hobo. As fashion call-outs go, the hobo bag is complicated because in context the word is not necessarily derogatory and out of context it’s become so divorced from its meaning that most people don’t make the connection.

“Hobo” was first used to describe migrant workers in America at the end of the 19th century, who were essentially homeless and rode freight trains looking for work, carrying their belongings in a sack tied around a bindle stick. It’s this marker that fashion borrowed to describe a slouchy bag with a handle. According to Tony Thorne, a specialist in slang, jargon and cultural history at King’s College, the first hobo bag was created in 1936 and retailed for 35 cents.

“The argument against cutting ‘hobo bag’ from the fashion canon is that it’s an expression with a long and authentic cultural history,” says fashion critic Luke Leitch. “Indeed, it has semi-heroic status.” George and Lennie, the much loved characters of John Steinbeck’s Of Mice and Men were hobos. Steinbeck wrote the novel during the Great Depression when millions were forced into the hobo lifestyle. According to Vice’s 2012 documentary Death of the American Hobo, there are only a few thousand self-identified hobos left today, but the tradition is still celebrated annually in the small town of Britt, Iowa, at a convention attended by tourists and former or current hobos, two of whom are crowned the Hobo King and Queen.

In the documentary, a railroad cop describes a hobo as a “tramp with a bag tied around his shoulder”. Despite its semi-heroic history, the contemporary understanding of the word is an impoverished, homeless person, hence hobo bag is tantamount to “homeless person bag”, which most people would never dream of saying. So why are we still using hobo to describe handbags sold for upwards of £1,000 (AU$1,775)? 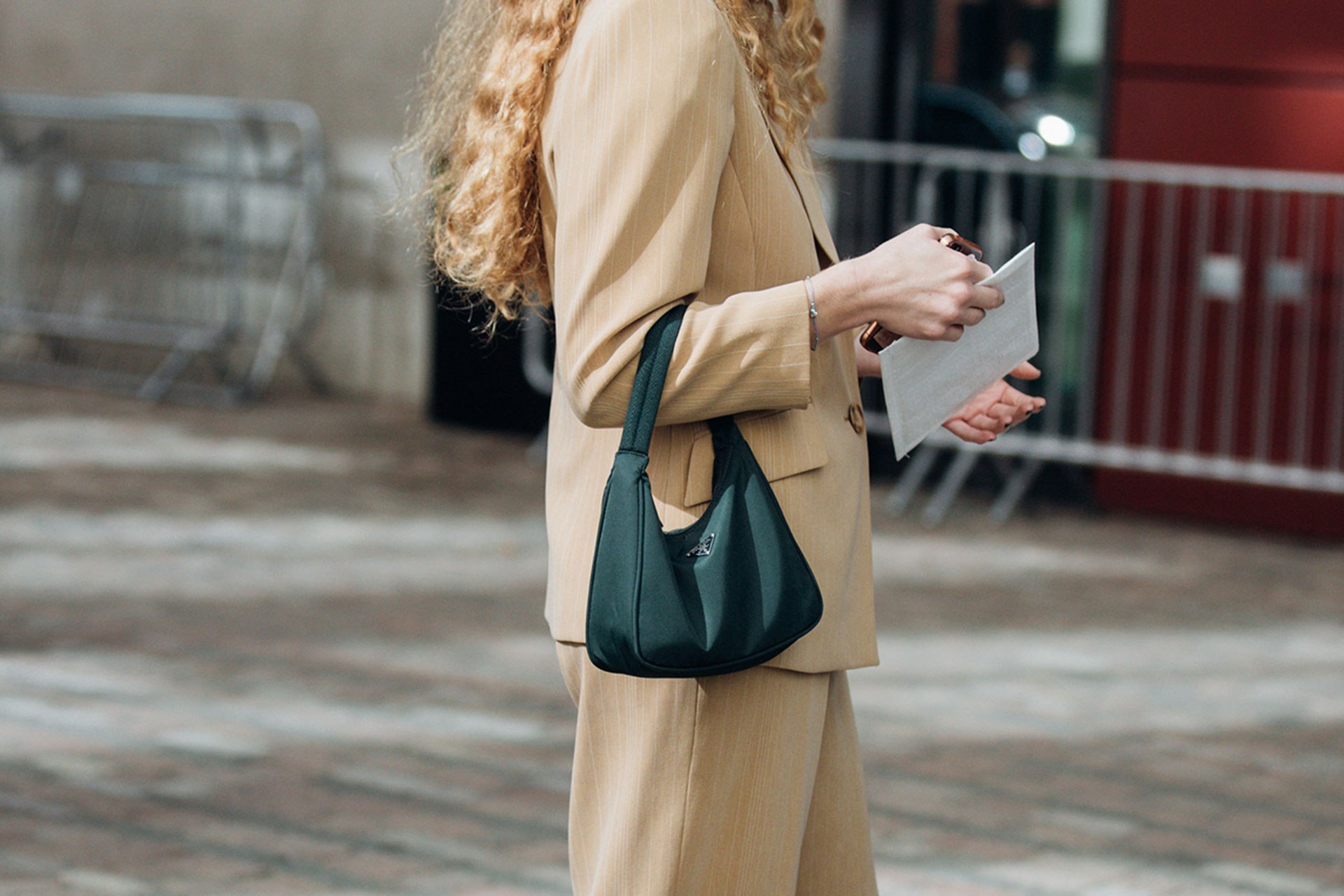 Mark Reay, a fashion photographer and model who walked for the likes of Versace, Moschino and Missoni and appeared in an episode of Sex and the City slept rough on rooftops in New York for six years. He had a real hobo bag that he once took to a Marc Jacobs after party—“full of warm clothes to later change into”—and, although he doesn’t find the term hobo offensive, he says: “The struggle of the homeless can’t be denied, and I do find it offensive that the fashion industry, one of the most wasteful industries ever, has exploited that.”

“It’s terrible to say, very often the most exciting outfits are from the poorest people,” Christian Lacroix once said. “Homeless chic” has been appropriated by fashion as recently as 2018, when Selfridges unveiled its winter window display featuring mannequins slumped against walls and lying face down on the floor wearing Balenciaga hoodies and trainers. John Galliano was called out for his millennium haute couture collection for Dior—at Versailles of all places—with its newspaper prints and jewellery made to look like rubbish, which, Galliano said, was inspired by the homeless people he jogged past in Paris. In 2010, Vivienne Westwood sent male models down the runway in frostbitten make-up carrying roll mats and pushing shopping trolleys. That same year, a homeless Chinese man with mental health problems nicknamed Brother Sharp was hailed a style icon after his photo was posted on a street style blog.

You’d hope the brands could justify their creative vision. Balenciaga and Selfridges apologised for any offence caused, however, blamed the set designer and said it was supposed to look like people waiting at an airport, not sleeping on the streets. Galliano maintained he had designed from a position of respect and called his critics “bourgeois” and “condescending”; although he later conceded “I never wanted to make a spectacle of misery”. Leitch interviewed Westwood backstage after that 2010 show, and he reflects: “I don’t think she had really considered how it might appear from anyone’s perspective but her own. In fact afterwards, she said of homelessness: ‘The nearest I have come to it is going home and finding I don’t have my door key. I mean, what a disaster that is, dying to get in your house and you can’t. And what if it wasn’t there anymore?’” Referring to her husband and creative collaborator Andreas Kronthaler, Westwood added, “He just decided to style it homeless.”

Kimberly Jenkins, who specialises in sociocultural and historical influences on fashion at Parsons School of Design, says, “Some fashion designers feel that they can apply the ‘fashion treatment’ to things to ‘elevate’ and commodify them. And many aren’t very sympathetic to the people and conditions that produced those ‘looks’.”

Incidentally, Jenkins went to high school with supermodel Erin Wasson, who, when asked about her grunge style in a 2008 interview, echoed Lacroix’s sentiment: “The people with the best style are the people that are the poorest… when I go down to Venice beach and I see the homeless, like, I’m like, ‘Oh my god, they’re pulling out, like, crazy looks and they, like, pulled shit out of like garbage cans.’”

We are living in a time when words have become powerful signifiers. Gypsy skirts were inspired by Romany women, who view the word gypsy as a slur. Harem pants date back to sex workers in medieval Islamic society. A hobo is a person who has fallen on hard times and is living out of a bag. Like gypsy skirts and harem pants, the hobo bag needs a new name, at best because it has no place in the world of expensive handbags, at worst because of its complicity in the homeless chic appropriation, which further dehumanises a community already invisible to the masses.

“Fashion is all about playing amorally with images and words are the same in that sense,” Thorne says. “I don’t think anybody ever thought terms like ‘homeless chic’ or ‘peasant chic’ were neutral or nice, they were using them to be ‘edgy’ and that edginess doesn’t sound good anymore.”

Bethlehem Intergenerational Center Brings Together the Young and Old

Never Give Up: Questions to Ask When Everything Isn’t OK